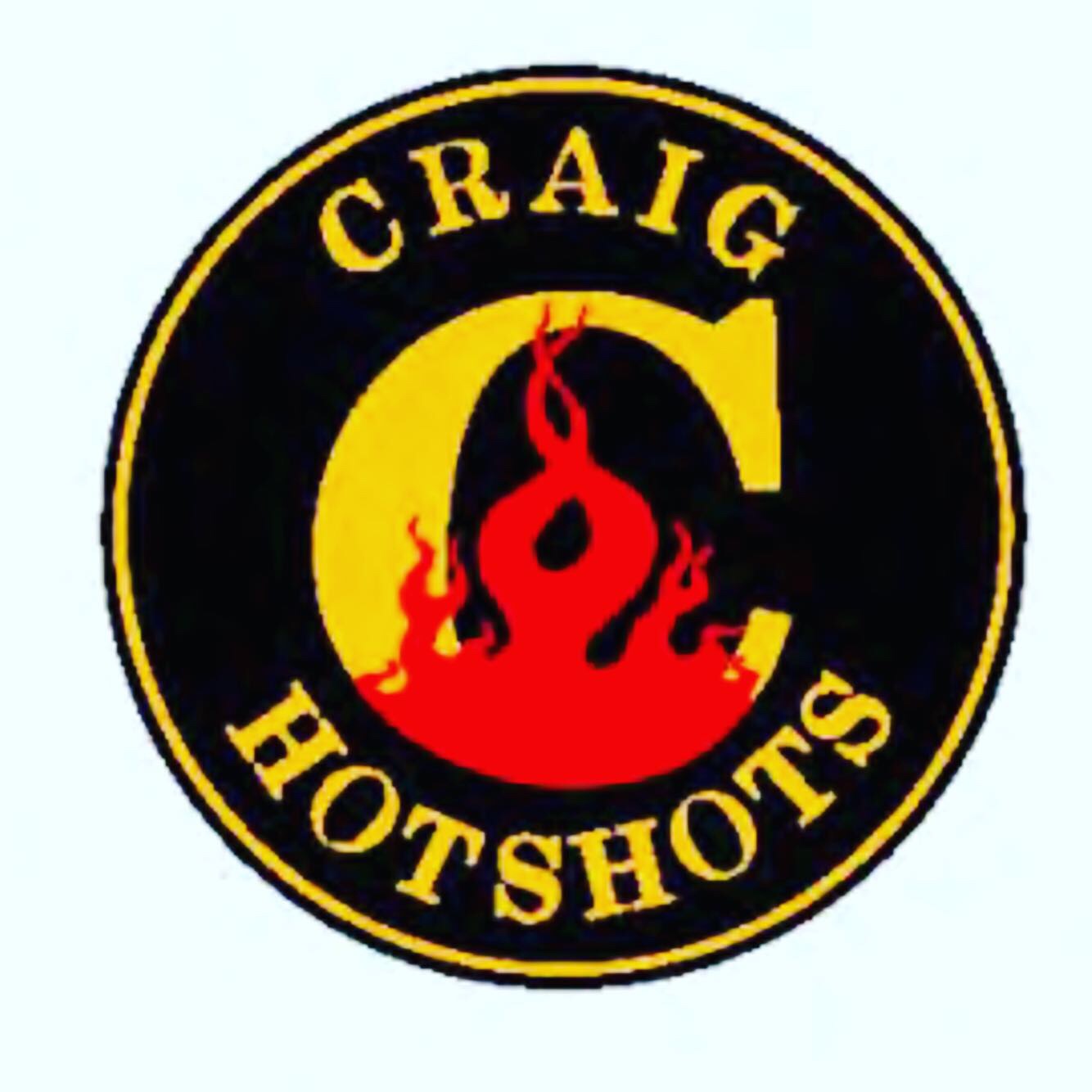 To provide Northwest District Fire and Aviation and the National IHC Organization with a Type One Interagency Hotshot Crew that embodies professionalism, pride, and humility, as well as a crew that personifies duty, respect, and integrity. 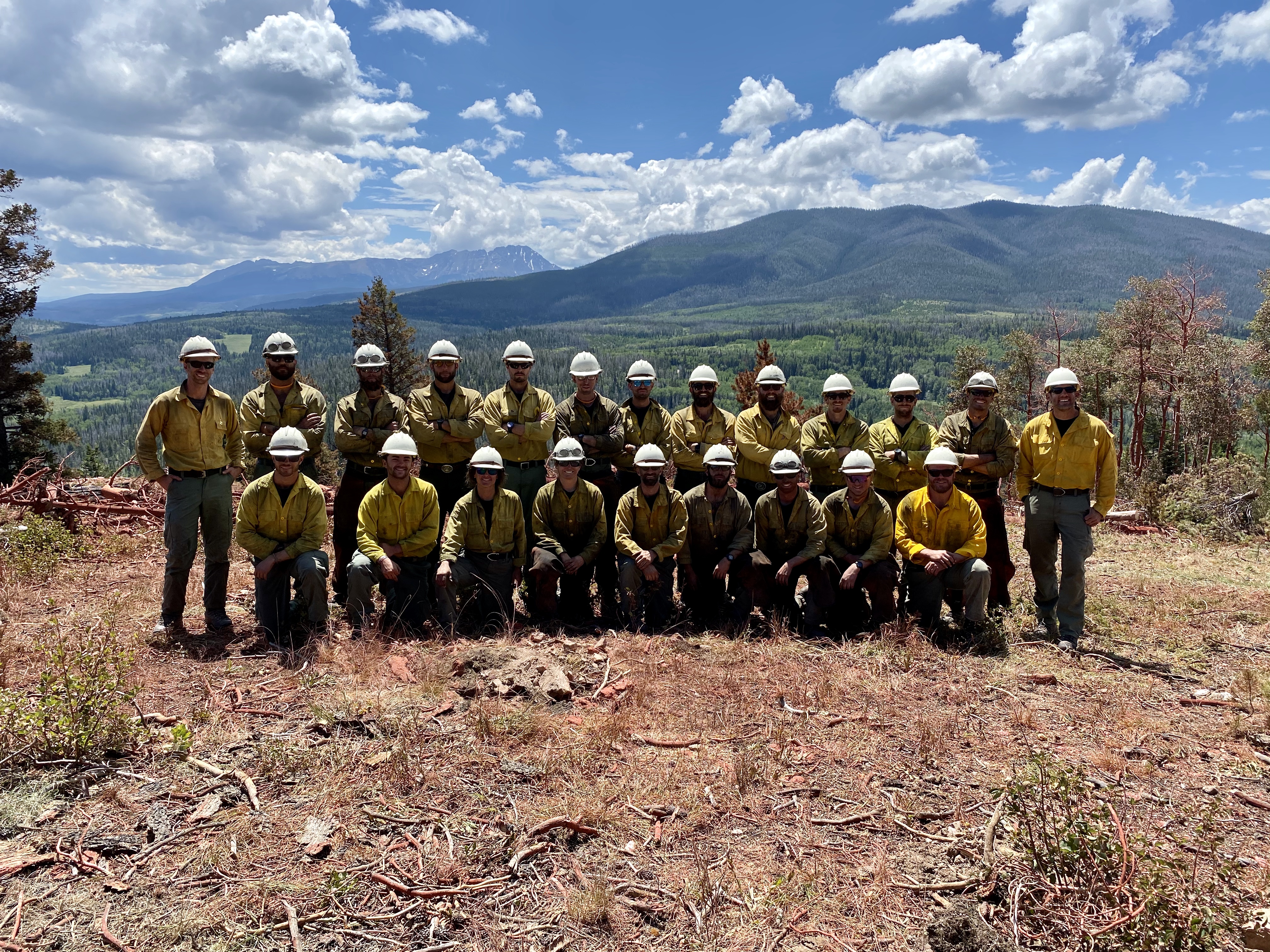 Know what is expected of you and take the initiative to get it done. Treat others with respect and work as a positive part of this team. Continue learning and improve your technical competence. Take responsibility for firefighter safety. ALWAYS be aware of your situation. NEVER compromise escape and safety. 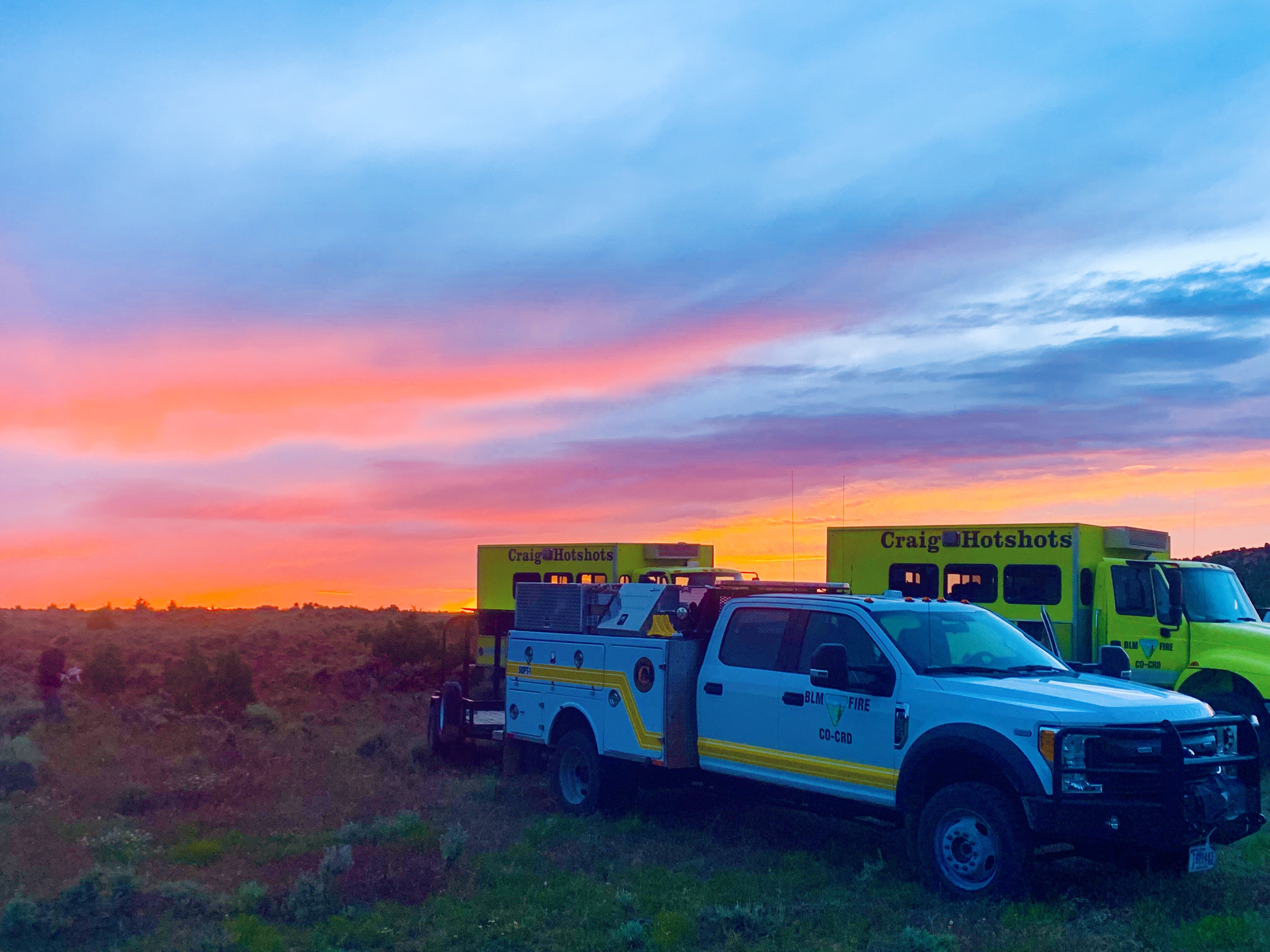 Each season begins with a minimum of 80 hours of Operational Preparedness Training to build team cohesion, refresh on fire safety and operations, and ensure our physical capabilities align with the expectations of an IHC. Additional training is conducted daily through classroom or on-the-job training. Our goal is for every member of the crew to leave each season better than they came. 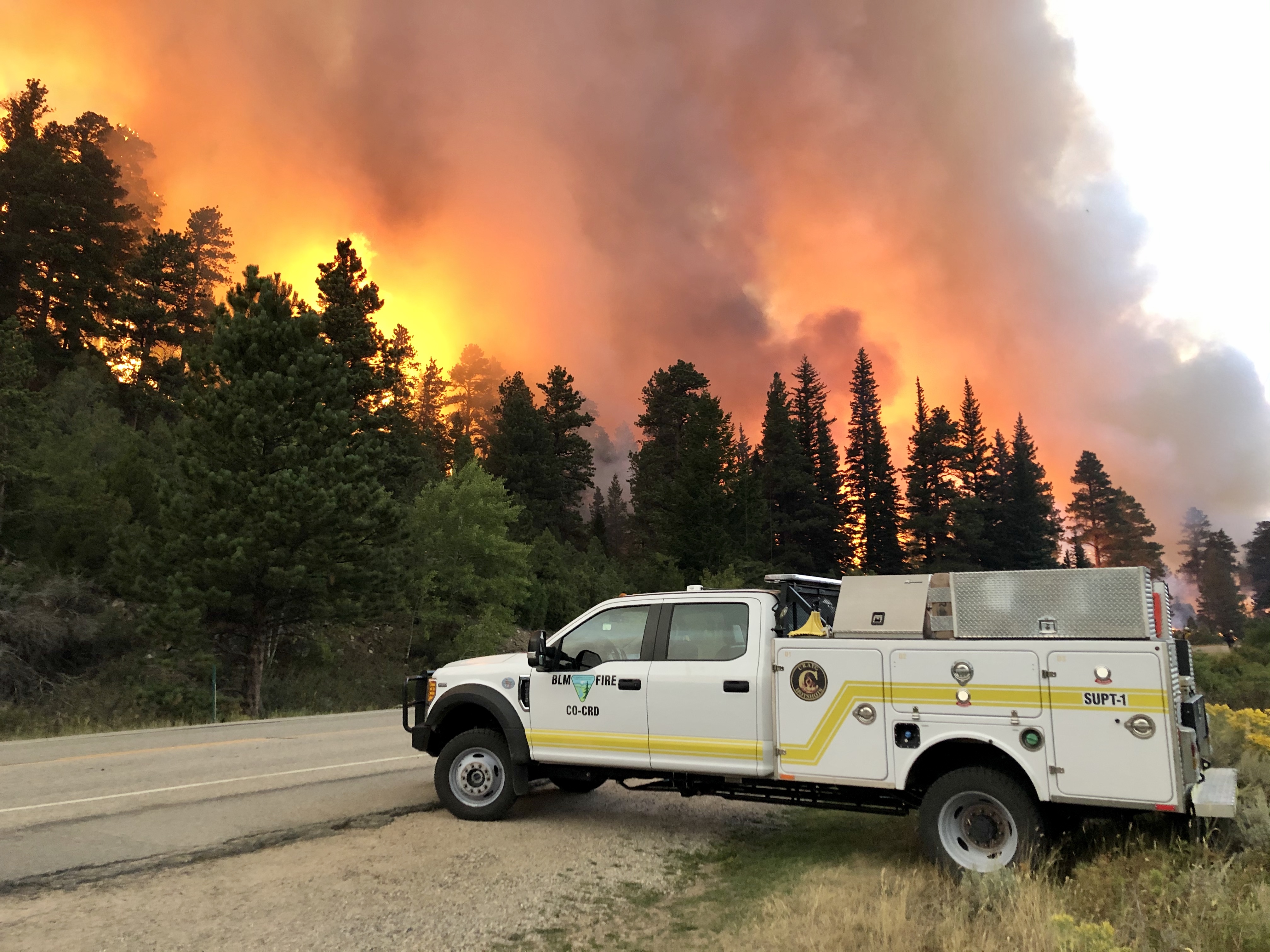 When not assigned to large, campaign wildfires Craig IHC normally stays busy with initial attack on small fires throughout Western Colorado. If we are available at base, we will always be training, refurbishing of equipment, or working with Field Office or Fire Unit staff to find project work that is mutually beneficial. 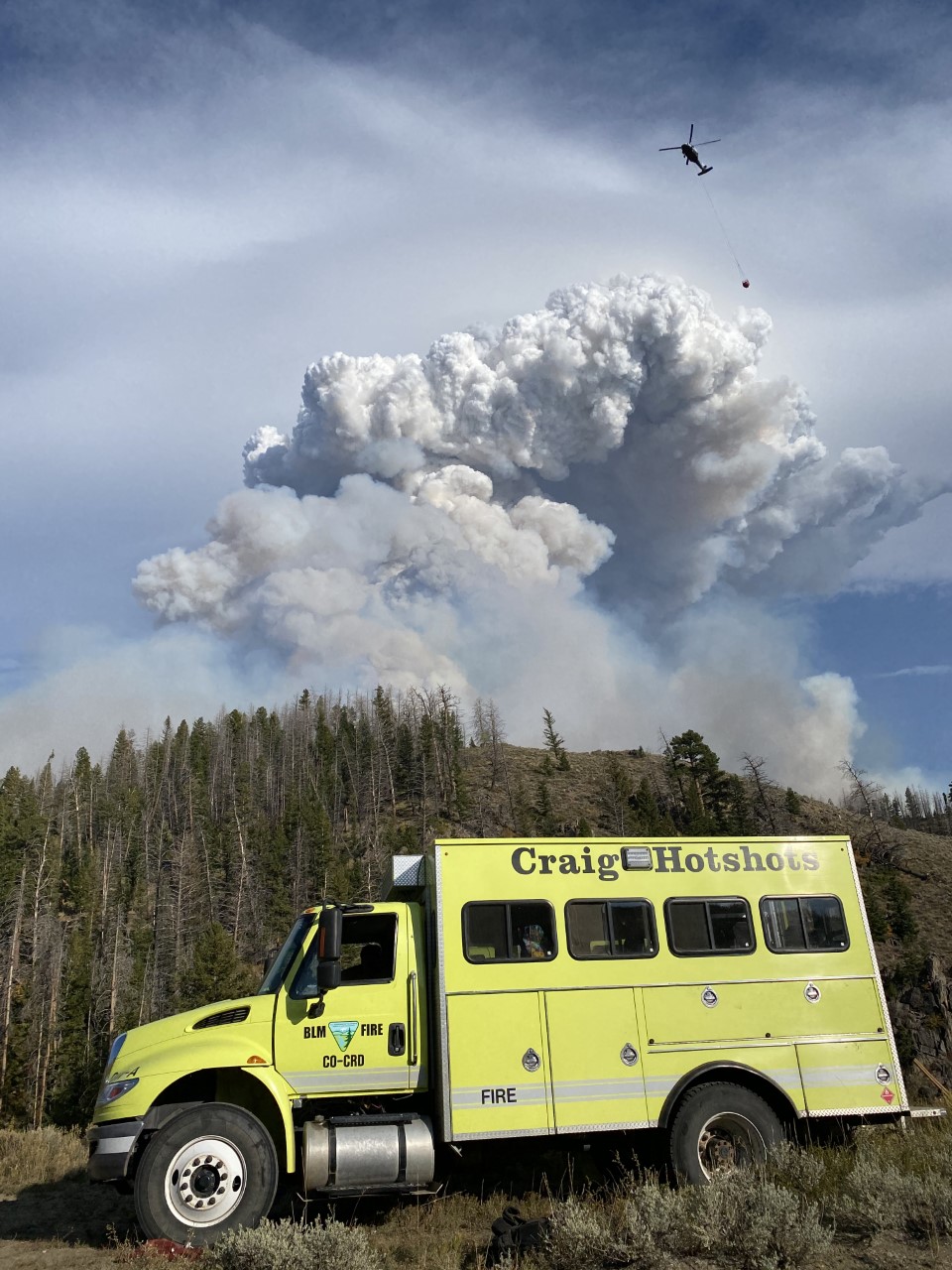 Vacancies for temporary positions are normally advertised around mid-November. Call or email crew contacts with questions about recruitment.

You must apply to the duty station of Craig, CO prior to the closing date of the vacancy announcement to be considered for hiring.

Call or email crew contacts with questions about number of vacancies and GS levels.

At Craig IHC we believe that physical fitness directly corresponds to our safety and therefore, we take it seriously. We will strive to promote a well-rounded physical training program, focusing on cardiovascular endurance, muscular strength, and flexibility while also ensuring we are training to perform the duties of our positions. The crew hikes, runs, does specific stretching, and several other activities for pt. Crewmembers are expected to show a commitment to the position and crew and arrive in shape on their first day of work. It is not our job to get you in shape, rather to ensure we maintain a high physical fitness standard for the entire crew.

The Craig Interagency Hotshot Crew is based in Craig, CO on the Northwest Colorado Fire and Aviation Management Unit. The crew was founded in the spring of 2001, along with numerous other hotshot crews, as a result of the National Fire Plan.

Throughout 2001 and 2002, the crew spent most of its time suppressing fires around Colorado due to the effects of a prolonged drought. During the mid-2000’s, the crew contributed their diverse expertise to fires across the western United States, as well as traveling to the southeast to assist in all-risk incidents such as Hurricane Katrina relief. In addition to national assignments, the crew often spends several weeks per season assisting the local district in handling the significant initial attack load experienced within the dispatch area.

Through most of its operational years, the crew was based in the old BLM engine station on the west side of Craig. At the start of the 2012 season, the crew was able to move into its newly constructed station across from the main Little Snake Field Office, complete with state-of-the-art training and workout facilities, bunkhouse, welding shop, three large vehicle bays, and separate saw shop

The Craig IHC leadership structure has been run consistently under the 1-2-2 system, with a few exceptions over the last two decades. The first Superintendent was Stuart Gore, who ran the crew until 2003. The two Foremen at the time, Shawn Telford and Miles Ellis, split the Superintendent detail in 2004, carrying the crew through the fire season. Telford formally accepted the position in early 2005 and remained the Superintendent through 2013. He retired in April of 2014.

Logan Blankenship has been the current Superintendent of Craig IHC since June of 2019.