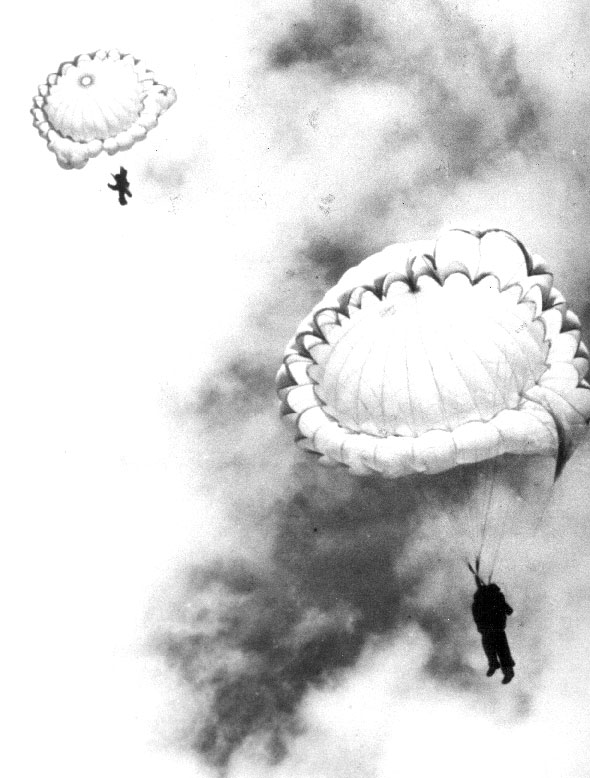 Smokejumping began in 1939 and coincides with the development of airborne Army units. The early days aerial delivery involved a lot of danger as the equipment and each procedure had to be invented from scratch. The early smokejumpers developed a parachute that could get you to the ground in rough terrain with acceptable casualties. The first smokejumper experiments were made in the North Cascade Mountains near Winthrop, Washington. Steerable parachutes were designed and modified. Parachute harnesses and deployment assemblies were created. Protective suits were built. Procedures for rappelling out of trees were devised. Test jumps were made. The first operational fire jumps were made in the Nez Perce National Forest on July 12, 1940 by Rufus Robinson and Earl Cooley.

During World War II, many conscientious objectors served as smokejumpers in the Civilian Public Service Program. 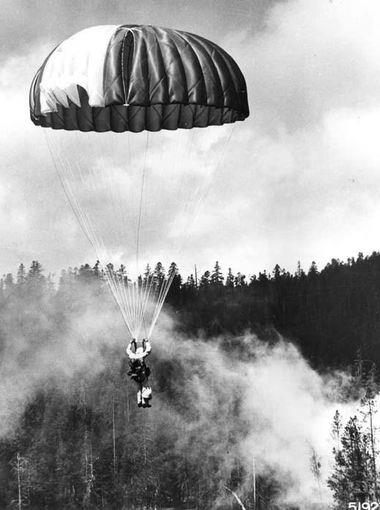 The 555th Airborne Battalion, an all African-American Army paratrooper unit, served as smokejumpers to combat the Japanese balloon bomb threat. The smokejumper program expanded under an enthusiastic President Eisenhower in 1959, establishing the network of bases throughout the west and Alaska that exists today.

Originally, the Bureau of Land Management (BLM) Smokejumpers were stationed in Fairbanks, Alaska. Their effectiveness was proven in the Great Basin area (Idaho, Utah, and Nevada). The team split, sending 53 smokejumpers to the Boise, Idaho, base at the National Interagency Fire Center (NIFC) in 1986. There are seven U.S. Forest Service (USFS) bases located in Winthrop, Washington; Grangeville and McCall, Idaho; Redmond, Oregon; West Yellowstone and Missoula, Montana; and Redding, California. There are approximately 450 smokejumpers located among these two BLM and seven USFS bases.