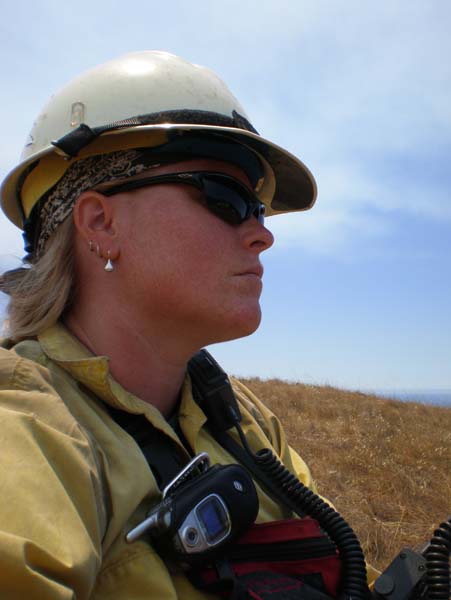 Critical Incident Stress Management (CISM) is the selection and implementation of the most appropriate crisis intervention tactics to best respond to the needs of the situation at hand. CISM has multiple components that can be used before, during, and after a crisis. The purpose of CISM is to mitigate the impact of an event, accelerate the recovery process, and assesses the need for additional or alternative services. The intent of the wildland fire CISM program is to provide pre-incident education, resiliency tools, and to support work related incidents primarily for individuals and groups who work in the area of fire and aviation but may assist other disciplines as needed. The wildland fire CISM program delivers CISM services through peer support which is the formal standard of care.

Learn more about what a crisis is.

The Components of Crisis Intervention

The CISM package includes integrated, multi-component crisis intervention strategies that are useful in the aftermath of a traumatic event. The type of intervention used depends on the situation, the number of people involved, and their proximity to the event. One form of intervention is a three-step approach, whereas different approaches include as many as seven steps. The exact number of steps is not what is important for the intervention's success, however. The goal of the intervention is to address the trauma.

A Crisis Management Briefing (CMB) is a one of the most highly utilized and versatile crisis intervention techniques. A CMB is a structured group meeting designed to provide information about the event. A CMB is an opportunity for managers to demonstrate a sense of leadership, reduce chaos, enhance credibility, and control rumors. A CMB is considered to be an information "push" and can be done with groups of 15 to 20 people to over 200 or more. The CMB is commonly referred to as a "town hall meeting" due to its venue, structure, and format.

Critical Incident Peer Support Groups use CMB's as a way to share education about typical stress reactions and to provide information about basic stress management and coping techniques and resources. A CMB is an avenue to generate cohesion, re-gain a sense of camaraderie, and re-establish a sense of community.

The Critical Incident Stress Debriefing (CISD) is a specific technique designed to assist others in dealing with the physical or psychological symptoms that are generally associated with trauma exposure. Most approaches to CISD incorporate one or more aspects of the seven-part model in the CISD design. The CISD alone is generally not the only crisis intervention technique that is used. Participation in CISD is voluntary and attendance should never be mandatory.

CISD is perhaps the most misunderstood and overused term in the Critical Incident Stress Management program. The term “debriefing” is used loosely and as a “catch all” for a variety of crisis intervention protocols that are substantially different than the CISD application and structure. By no means is CISD the most frequently used intervention. Of most significance, CISD is intended for small groups and was never designed for primary victims or in a one-on-one setting.

The most important element of combating critical incident stress is pre-incident stress education. The process should be started early in a career and continued with annual refresher courses.

Reactions to critical incidents are expected; there is of course no way to prevent a psychological response to future incidents. However, developing healthy coping skills and learning to be resilient may help you during times of high stress. Resilience is the ability to adapt well to stress, adversity, trauma or tragedy.

Pastoral crisis intervention refers to the utilization of faith-oriented personnel in the provision of acute psychologic support during, or any time after, a critical incident or disaster. It is crucial for these faith-oriented personnel to have received specialized training in mental health response to crisis. Pastoral care is supported by the International Critical Incident Stress Foundation model.

Referral and follow-Up subsequent to the initial crisis intervention facilitating access to the next level of formalized medical and psychological care is an absolutely essential aspect of CISM.

This does not imply, however, that CIPS Groups should make "repeated" or "follow up visits" after the initial intervention was done. That is outside the scope of their training. Follow-up ensures that those individuals who require more intense intervention than acute psychological support are referred toa higher level of care.

One of our main efforts, and challenges is ensuring that every firefighter is referred to a qualified mental health professional who understands the culture of the job.

The fear of someone being unfamiliar with the culture is the main reason firefighters tend to avoid seeking a mental health professional.

While Employee Assistance Programs (EAP) services include response to crisis and trauma, EAP cannot provide peer support which is the foundation of the ICISF intervention models we utilize in wildland fire.