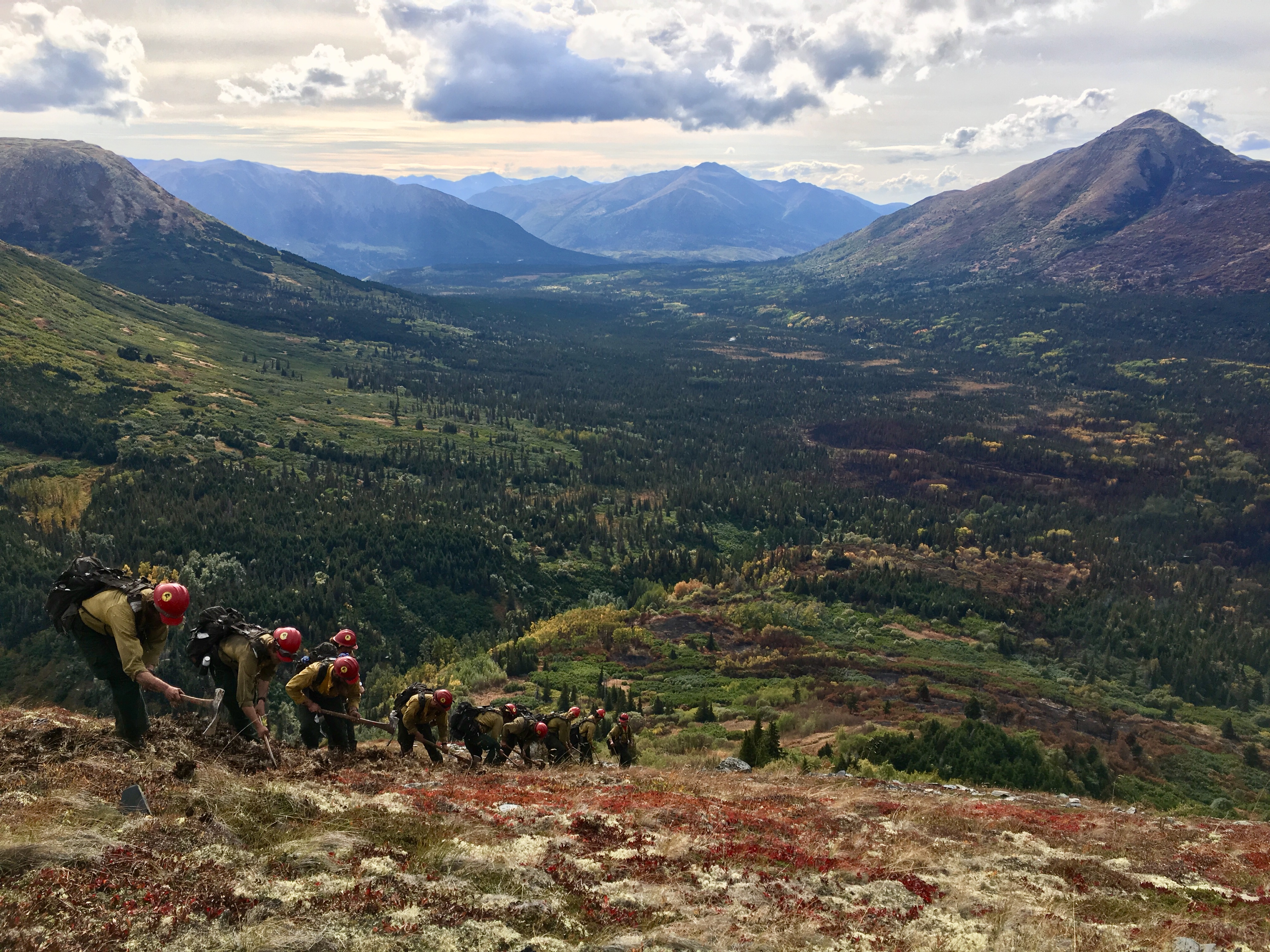 The Midnight Sun Hotshots are a Bureau of Land Management resource hosted by the Alaska Fire Service. The Alaska Fire Service main facilities are located on Fort Wainwright, AK just adjacent to Fairbanks, AK. The crew is operated out of the Fire Operations building with the Chena Hotshots, North Star Fire Crew, Fire Specialists and Alaska Smokejumpers. Affordable housing is available on the base and consists of basic accommodations.

During the initial 2-3 weeks at the start of work, the Midnight Sun Hotshots complete critical training in conjunction with the Chena Hotshots. Critical training includes both physical as well as classroom and field training to prepare the crew for the upcoming season and further the crew’s knowledge of Wildland Fire.

Classroom training varies depending on the needs of the crews. Typically, 3-5 NWCG (S/L/I) courses are delivered for crewmembers as well as Alaska specific courses regarding field operations and Alaska fuels and weather. Field Courses involve initial training and refreshing of chainsaw, pump, helicopter, and line construction operations.

Physical Training consists of twice a day workouts during the initial 2 weeks. On Average, these workouts fall into one of two categories, running and calisthenics or hiking. Hiking during training is conducted as a crew, lined out with full gear. More often than not we carry QB’s in addition to our gear. Crew runs consist of running intermixed with calisthenic exercises. The crew runs between 3-7 miles depending on the workout. The expectation is that crewmembers show up to work in excellent physical condition in order to successfully complete workouts as well as build and strengthen the crew.

In the field, housing consists of a tent, and meals consist of field rations (MREs) supplemented with fresh food. Primitive field conditions for weeks at a time are normal and expected for the crew. Cellular phones work intermittently and only in populated areas. Typically, when the crew travels to lower 48 assignments, they remain away from their home base for up to 3 months.

While not on fire assignment, the crew’s work consists of a variety of conservation and resource enhancement projects such as prescribed fire, hazard fuel reduction, trail construction and rehabilitation, and building maintenance or construction.

Employment begins in late April and can last as long as mid-October. It’s common to work more than 16 hours per day, 7 days per week while on fire assignment. 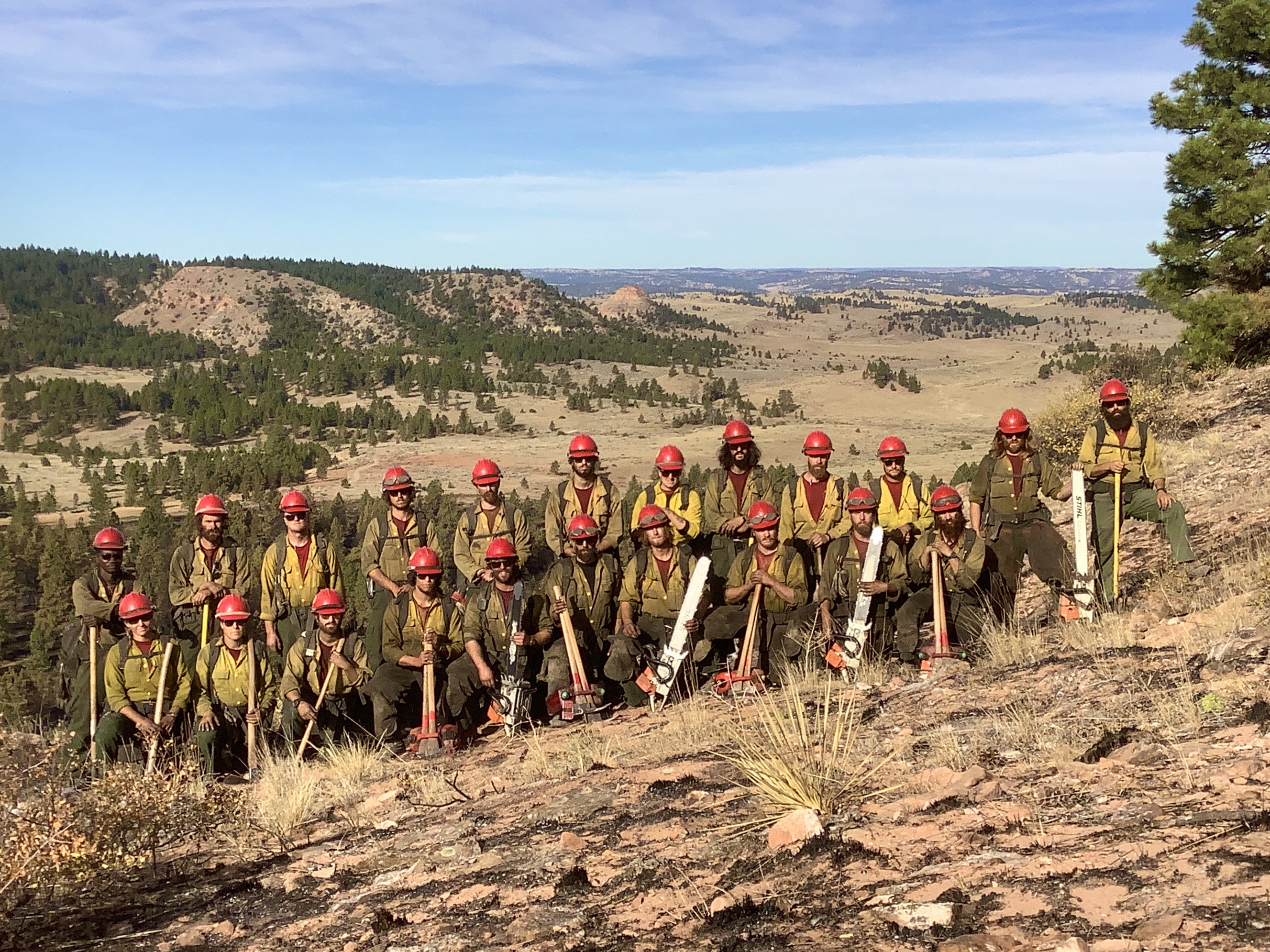 When applying for positions on USA Jobs, selecting duty location of Fairbanks, AK will refer you to both Midnight Sun and Chena Hotshots. Both crews hire off of the same list and will interview applicants that are interested in both crews together.

Apart from the initial critical training the crew will participate in a daily physical fitness program involving running and calisthenic exercises and hiking.

The Alaska Fire Service was established in 1982, which shifted wildfire management responsibilities from the BLM Districts and provided firefighting services to all Federal, Native, and some State of Alaska lands north of the Alaska Range. By this time there were only two seasonal BLM fire crews (Hotshot crew #1 & #2), both based at Ft. Wainwright, an Army base located on the outskirts of Fairbanks Alaska. When in Fairbanks, the crews lived in military barracks and ate meals at the BLM mess hall. During the fire season, the crews were often temporarily relocated to a bush station.