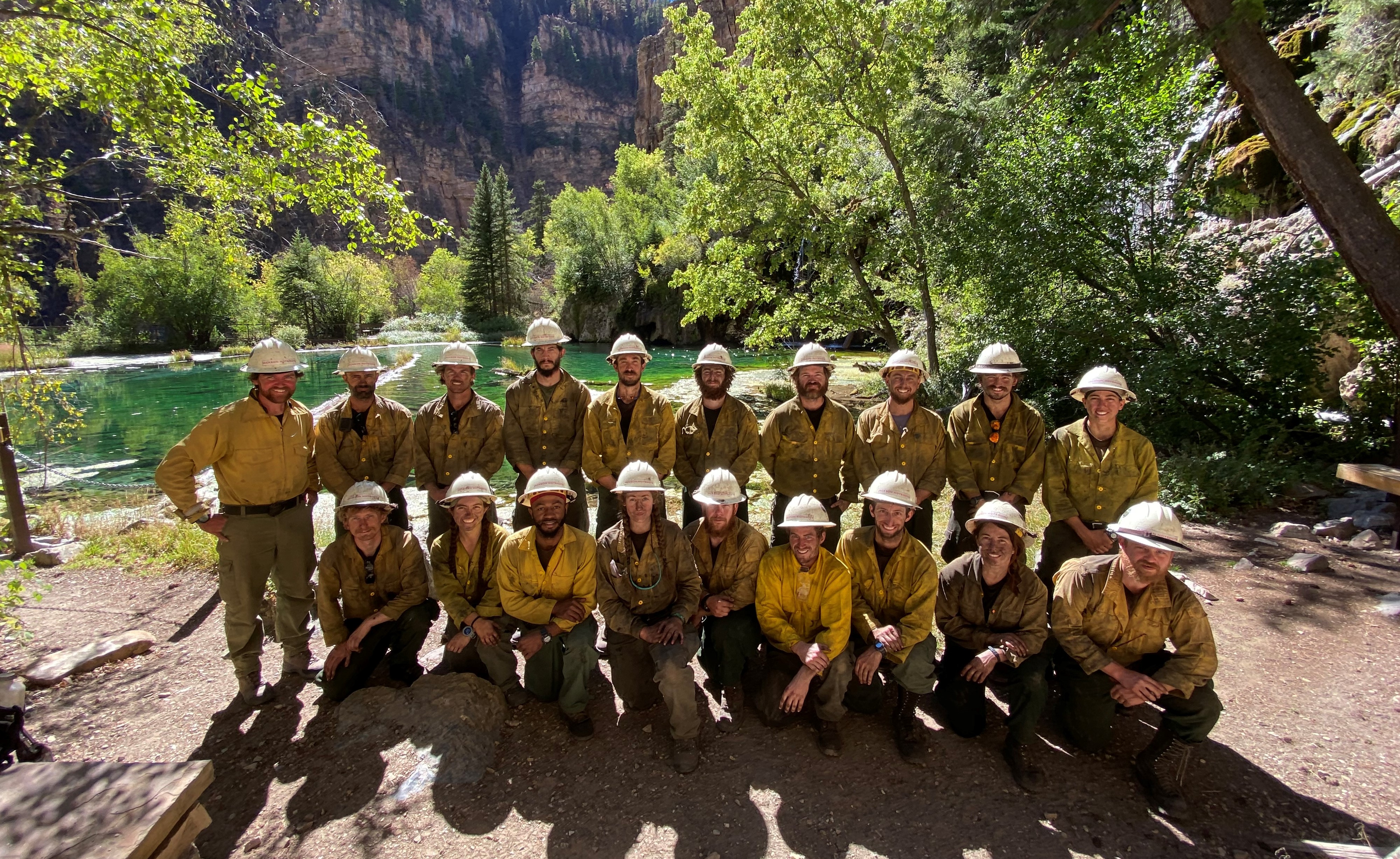 The Jackson Interagency Hotshot Crew is an organization dedicated to increasing diversity for underrepresented populations in land-based agencies, while maintaining the highest level of safety and professionalism. 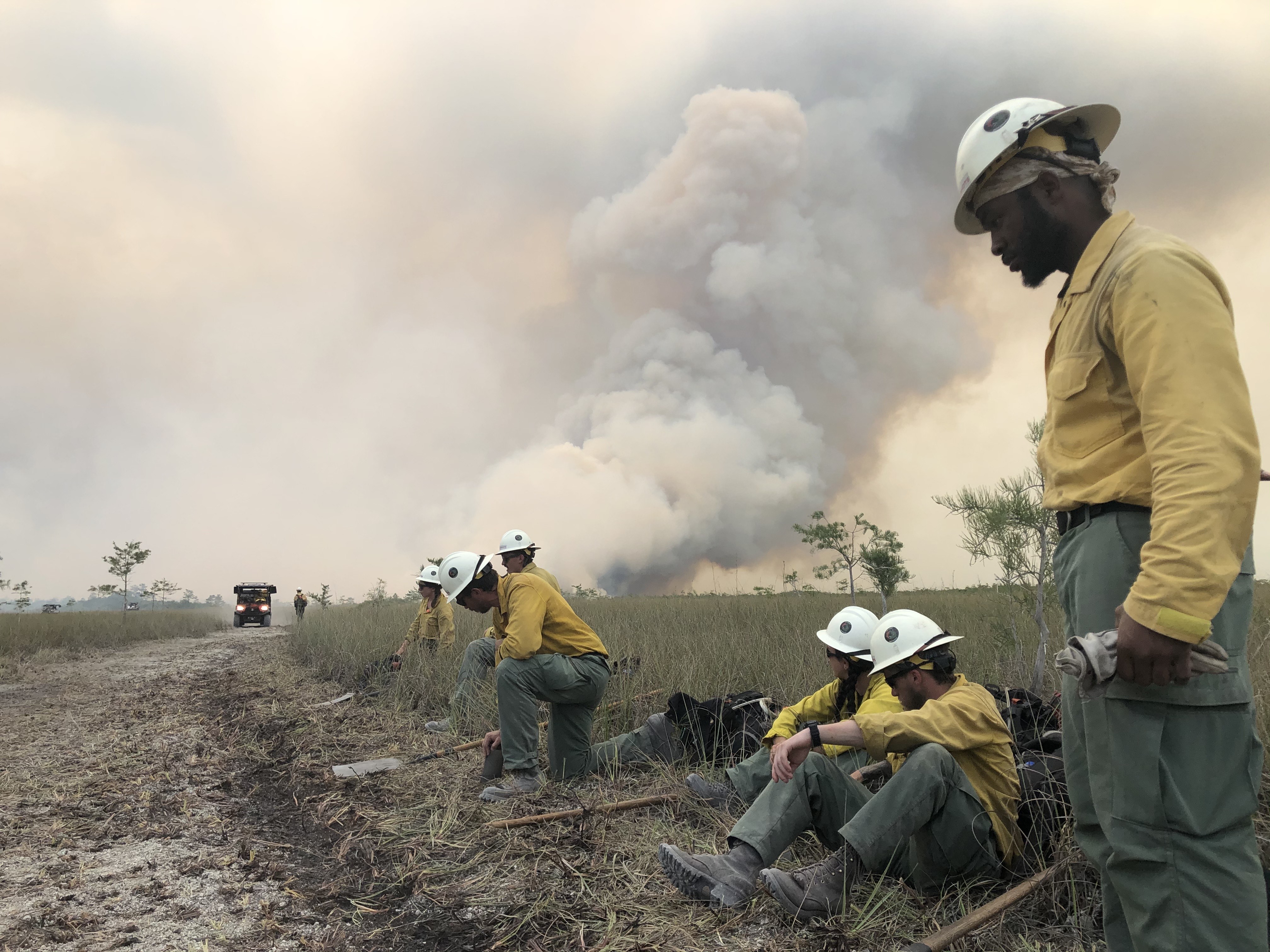 Crew duties and objectives are:

The crew is stationed in Pearl, MS on the grounds of the Southeastern Interagency Training Center. This center is shared with the Mississippi Interagency Coordination Center and Mississippi Forestry Commission.

The crew occupies a 5000 sq/ft building which includes truck bays, offices, gym, showers, and supply cache. The grounds around the building offer opportunities for physical training and field exercises. The truck bays can be converted to a training room to meet the demands of the crew.

The formal season for the crew begins in mid-March and ends in mid-September. Once the crew is formed up in mid-March, a mandatory 80 hours of agency and fire specific training is completed. This training covers agency policy, crew operating procedures, field exercise, and physical fitness training. Once the training is complete, the crew is available for national assignment. Outside of the mandatory training, the crew strives to conduct formal NWCG courses for crew staff when not assigned to an incident.

Daily operations vary widely depending on the time of year and severity of the fire season. When not assigned to an incident, the crew begins each shift in station with physical training followed by some form of hands on field training. The remainder of the time is spent repairing and servicing tools, equipment, and gear.

During the spring, the crew is available to assist federal partners in implementing prescribed fires before the spring fire season in the south ramps up. Interagency agreements allow the crew to work with other DOI bureaus and the US Forest Service to provide the labor necessary to implement these projects throughout the southeastern states. A usual spring will see the crew split up on the different districts of the National Forest of Mississippi to help conduct prescribed fire operations.

When assigned to wildland fires, daily operations vary greatly. Suppression operations in the south differ from those in the west and requires the crew to be flexible and adaptive. The opportunity to participate in the southern fire season and the western fire seasons offers opportunities for crew members to be exposed to a wide range of fuel types and suppression tactics.

Job announcements: The crew is made up of 1-Permanent Full-Time, 9- Career-Seasonal, and 10-13 Temporary-Seasonal employees.

Vacancies for temporary-seasonal employment will generally open in November. Career positions are advertised as vacancies occur. Temporary positions are filled at GS grades from 3 to 6.

Crew specific hiring/recruitment information: When applying to the Jackson Hotshots, be sure to select “Flowood, MS” as the duty location. The crew begins the season in mid-March and runs to mid-September.

Physical fitness is the foundation for an effective and safe crew. Jackson IHC participates in the BLM Fitness Challenge and IHC Fitness Test each spring. Physical fitness training is completed daily when the crew is not assigned to an incident and consist of distance running (6-10 miles), high intensity-interval workouts, sprints, and team building challenges focused on fitness competitions. Hiking is limited in the local area so the crew substitutes hiking for ruck style marching with weights of 65 to 100 pounds.

A unique component to the fitness training for the Jackson Hotshots is being able to work in hot and humid conditions common in the southeast. To ensure safety, crew members must have a high level of physical training to endure assignments in areas where the heat index may pose health risks to physically untrained individuals. 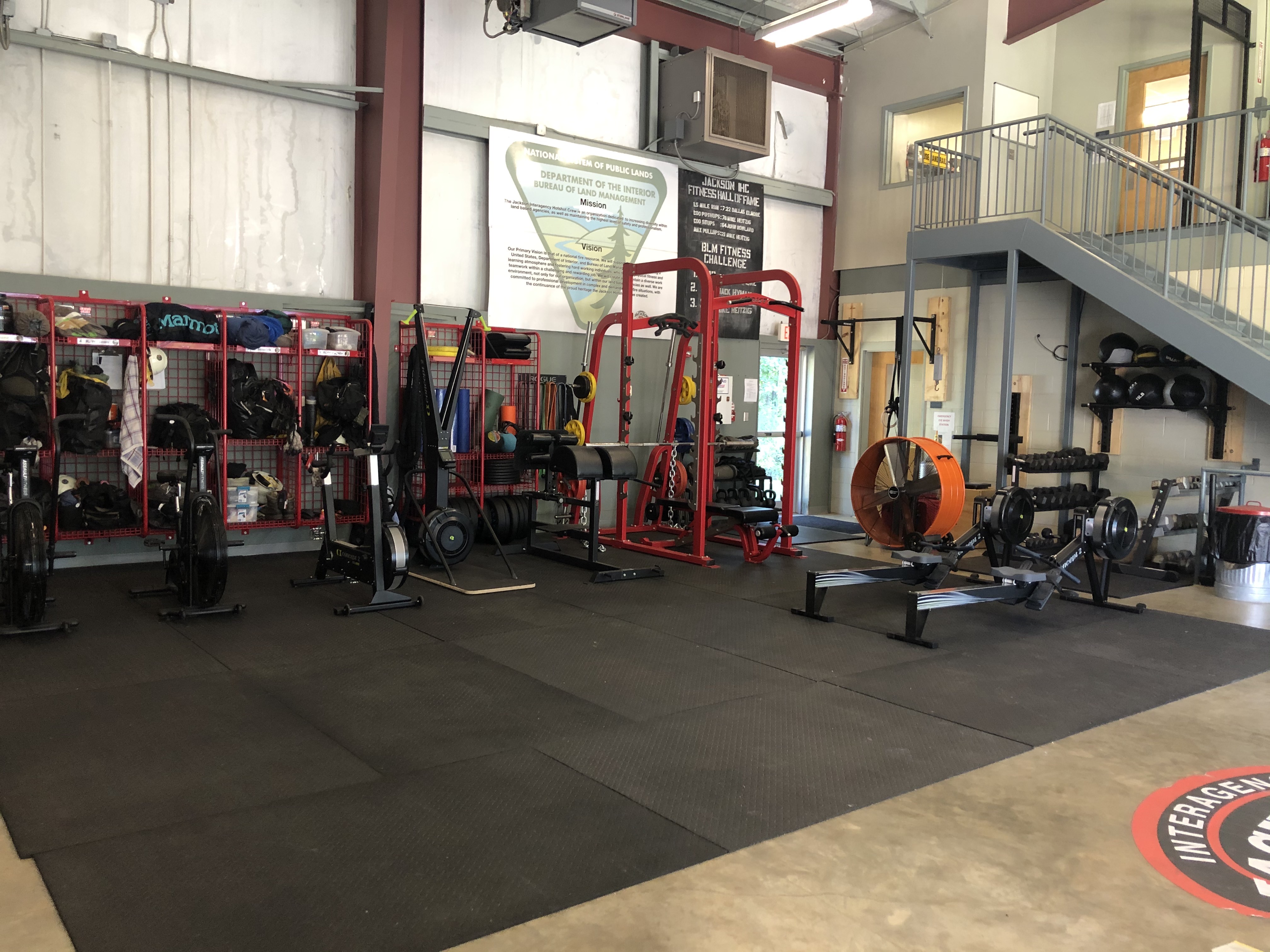 During the summer of 1996, the Secretary of the Interior, Bruce Babbitt visited several wildland fires in the western U.S. During these visits, the Secretary noted that there was a low percentage of minorities represented on the overhead teams and fire crews involved in suppression efforts. To increase opportunities, the city of Jackson, MS was selected as a site for a Hotshot crew. Jackson was selected as the site to base a new crew because of its proximity to Historically Black Colleges and Universities from which to recruit individuals who may be interested in pursuing a career in fire management.

In early 1997 the Bureau of Land Management announced the establishment of a new Type I "Hotshot" wildland fire fighting crew in Jackson, Mississippi. While fire suppression was the primary function for the Hotshot crew, it was also envisioned that its members would be able to gain experience in prescribed fire in the southern states and bring that expertise to western projects. The formation of the Jackson IHC was supported by the Historically Black Colleges and Universities as well as the International Association of Black Professional Firefighters Foundation (IABPFF). In addition to increasing opportunities for African Americans, the program is also committed to providing opportunities for other population that are underrepresented, such as women and veterans, within the fire community. 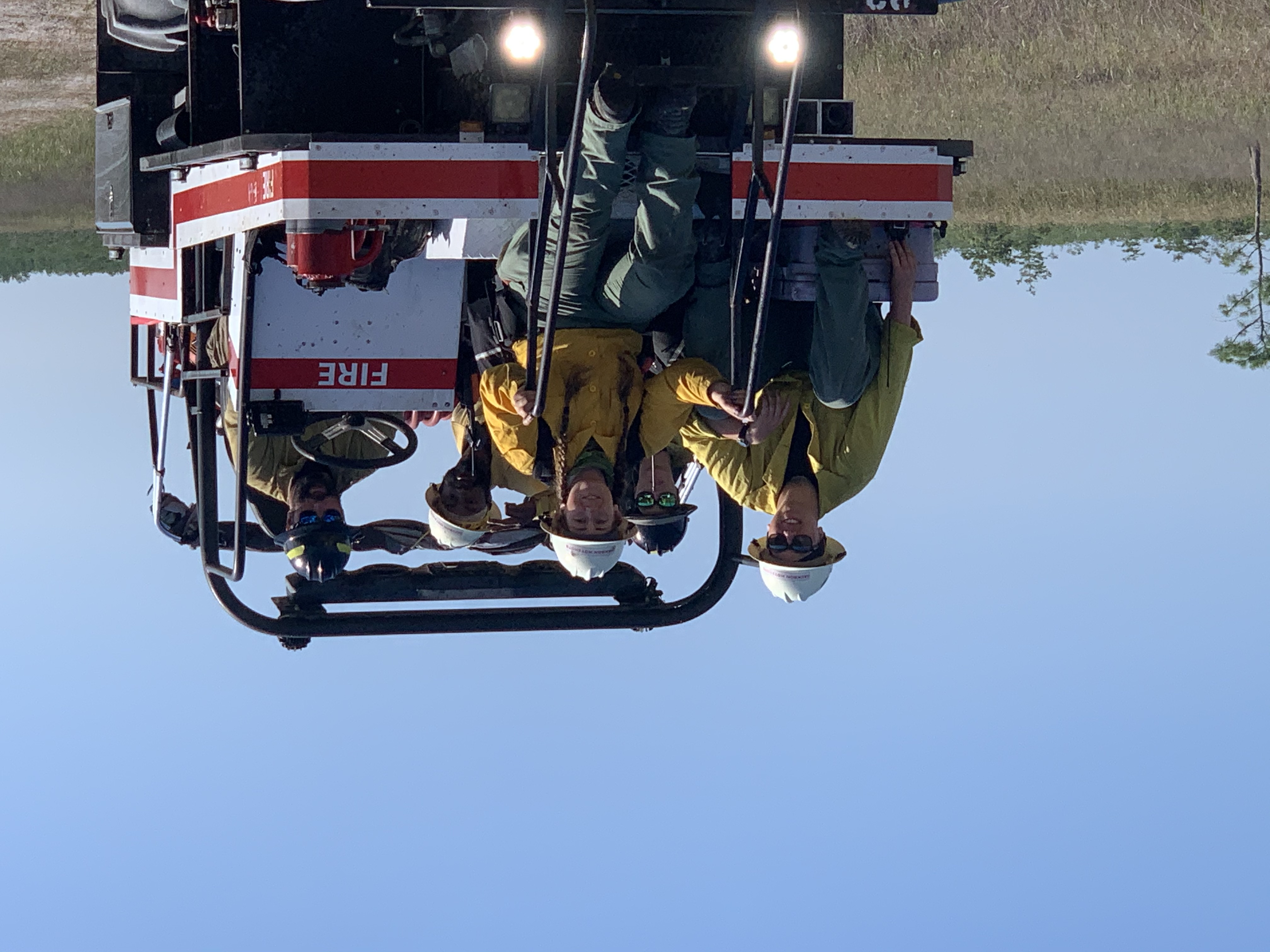 Due to the high occurrence of field work throughout the year, it is best to email us with questions about employment or general inquiries about the program. 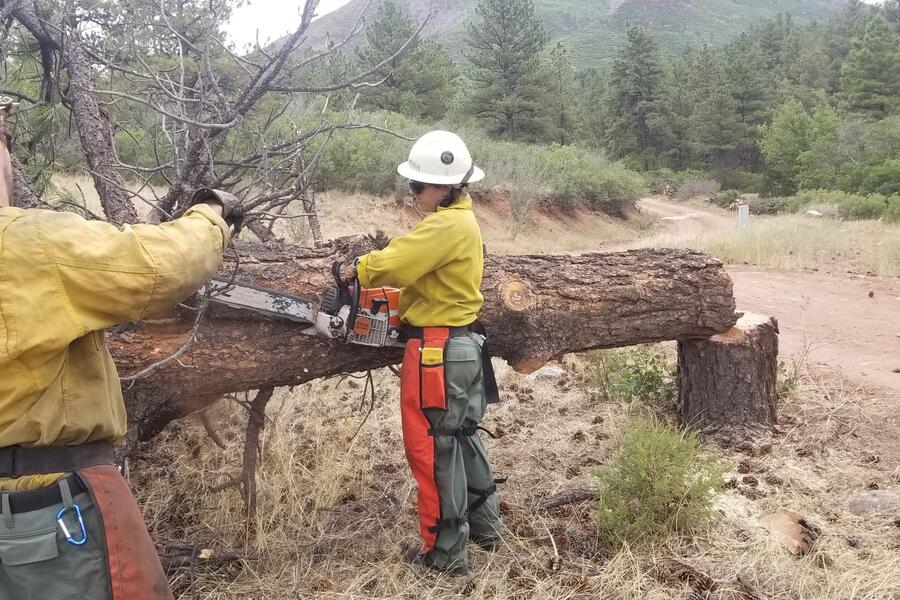 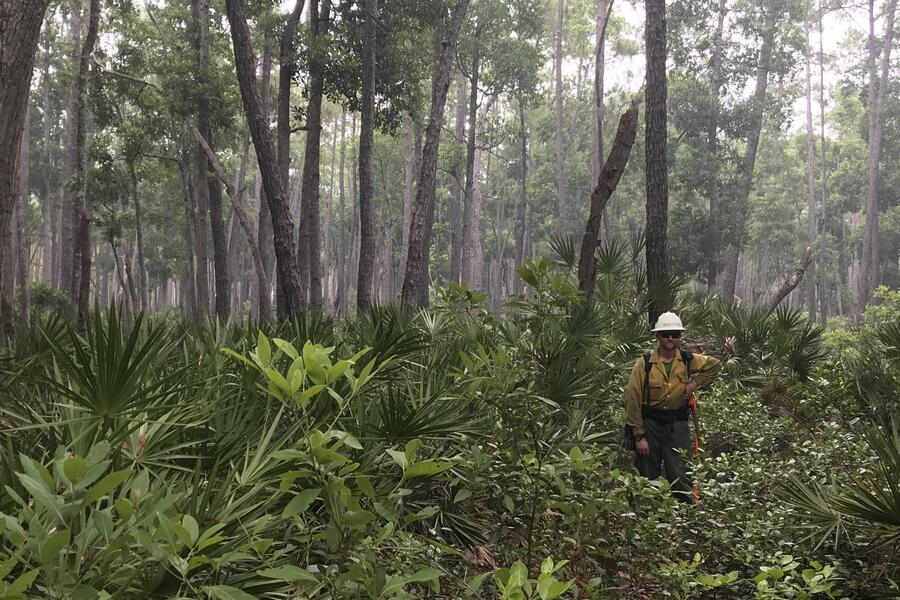 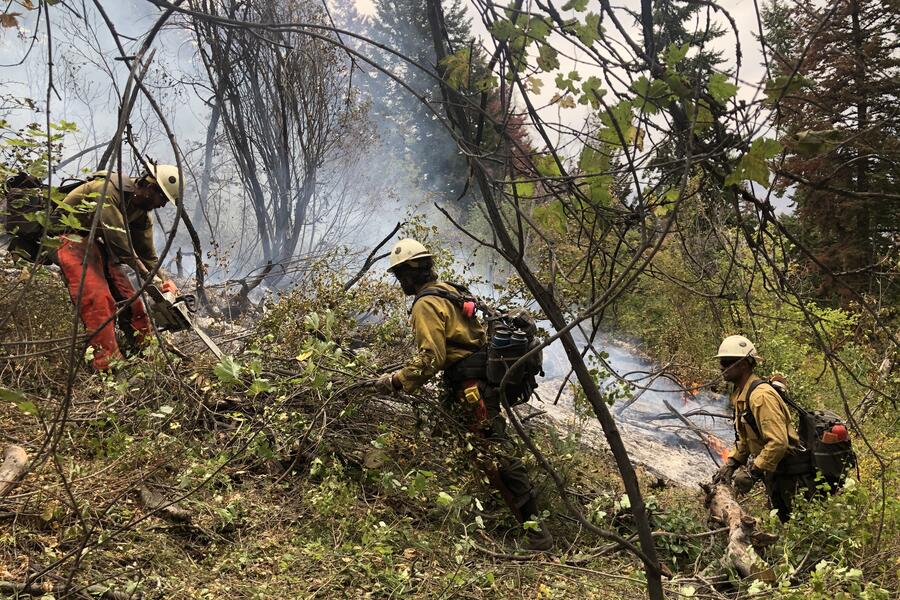 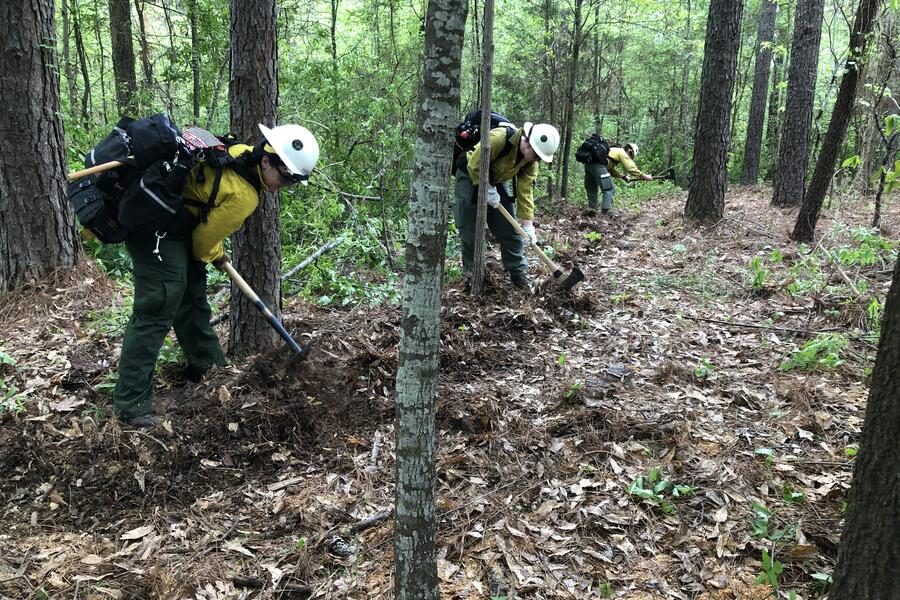 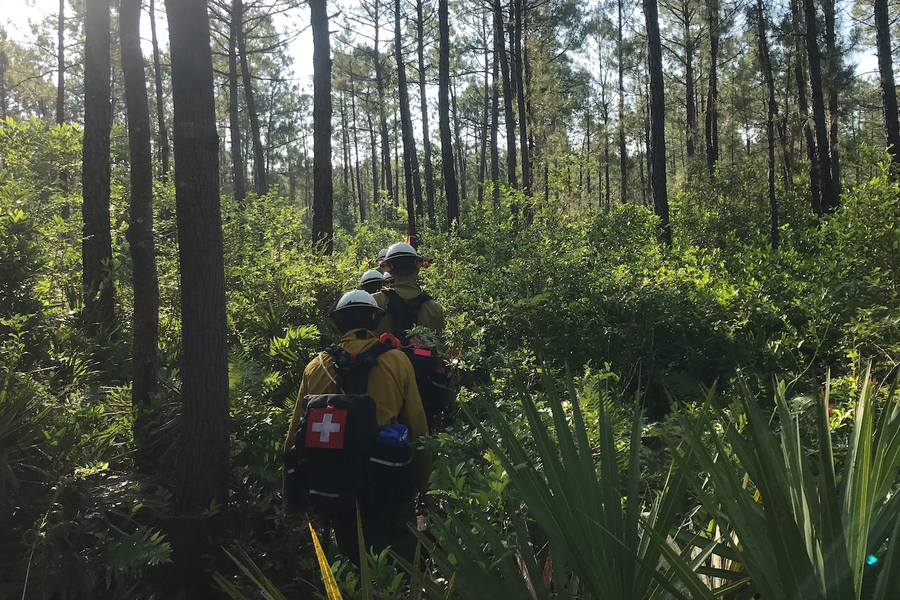